Scouring the restaurants of (mostly) America sure has its advantages when you venture off the beaten path.  Sometimes having the Yelp app is handy, but there's also a joy in stumbling upon something fantastic because you simply felt like walking around.

Touring with a rock band usually results in one nighters where you don't see much more than a hotel, a dressing room, a stage and a van.  But when you're with a touring freak show (read: musical) and you sit in a city for a week, you're granted the freedom to explore.  Unless it's a hundred degrees outside, you're not going to stay in your hotel room when there are new worlds (and foods) to be found.

This is my baker's dozen of foods I experienced in about 35 cities in North America.

The menu said - "Aji amarillo infused potato cake chilled & layered with salmon salad, sliced egg & avocado finished with red pepper aioli."  Gesundheit.  I took one bite, died and went to non-denominational and evidenced-based heaven, and promptly ordered something else on the menu.  The item on the left is called Pascualina, which was kind of like a quiche, but not nearly as greasy. 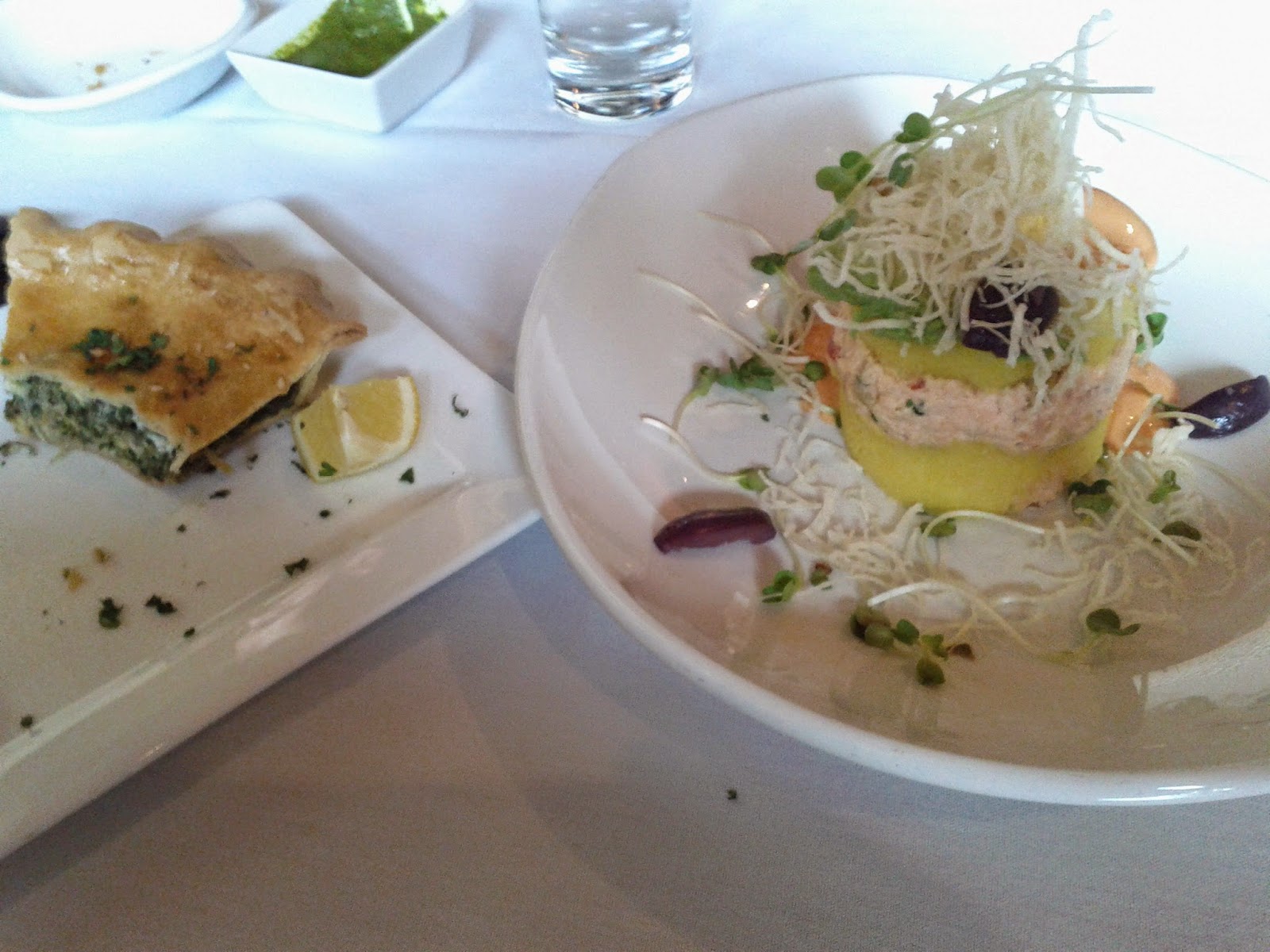 
Hands down, the best vegetarian restaurant I've ever eaten at.  I went three more times that week.

On the wall they had a dictionary explaining the difference between things like seitan and tempeh.  Although they're both soy based, they're just as different as steak and scallops.  And both delicious. 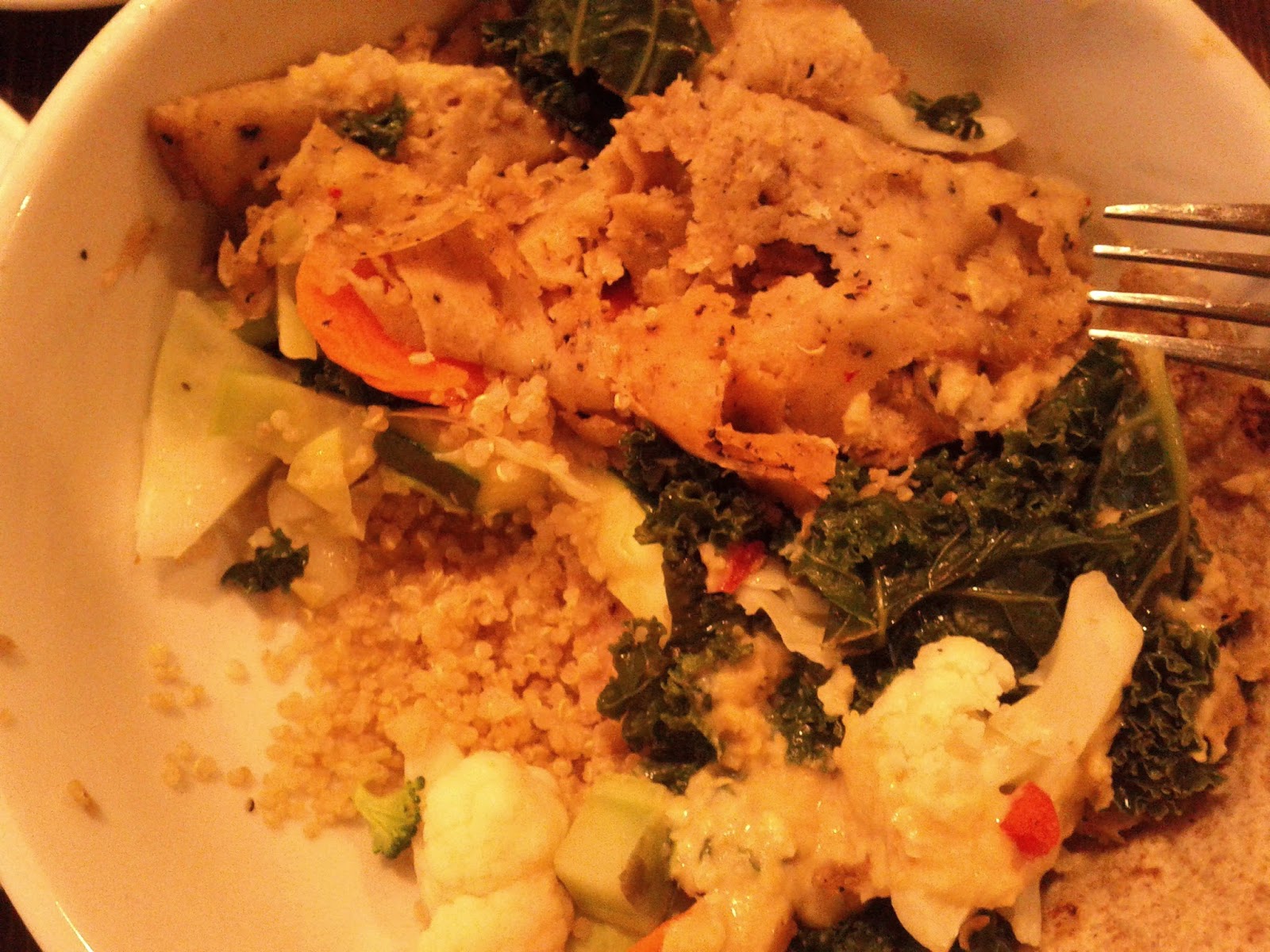 Columbus is a very cultured city. There is a German section of town, and this place is right in the heart of it.  There aren't a lot of spots to find a quality schnitzel in America, so this was a welcome surprise.  The employees even dressed in Lederhosen, much to my delight. 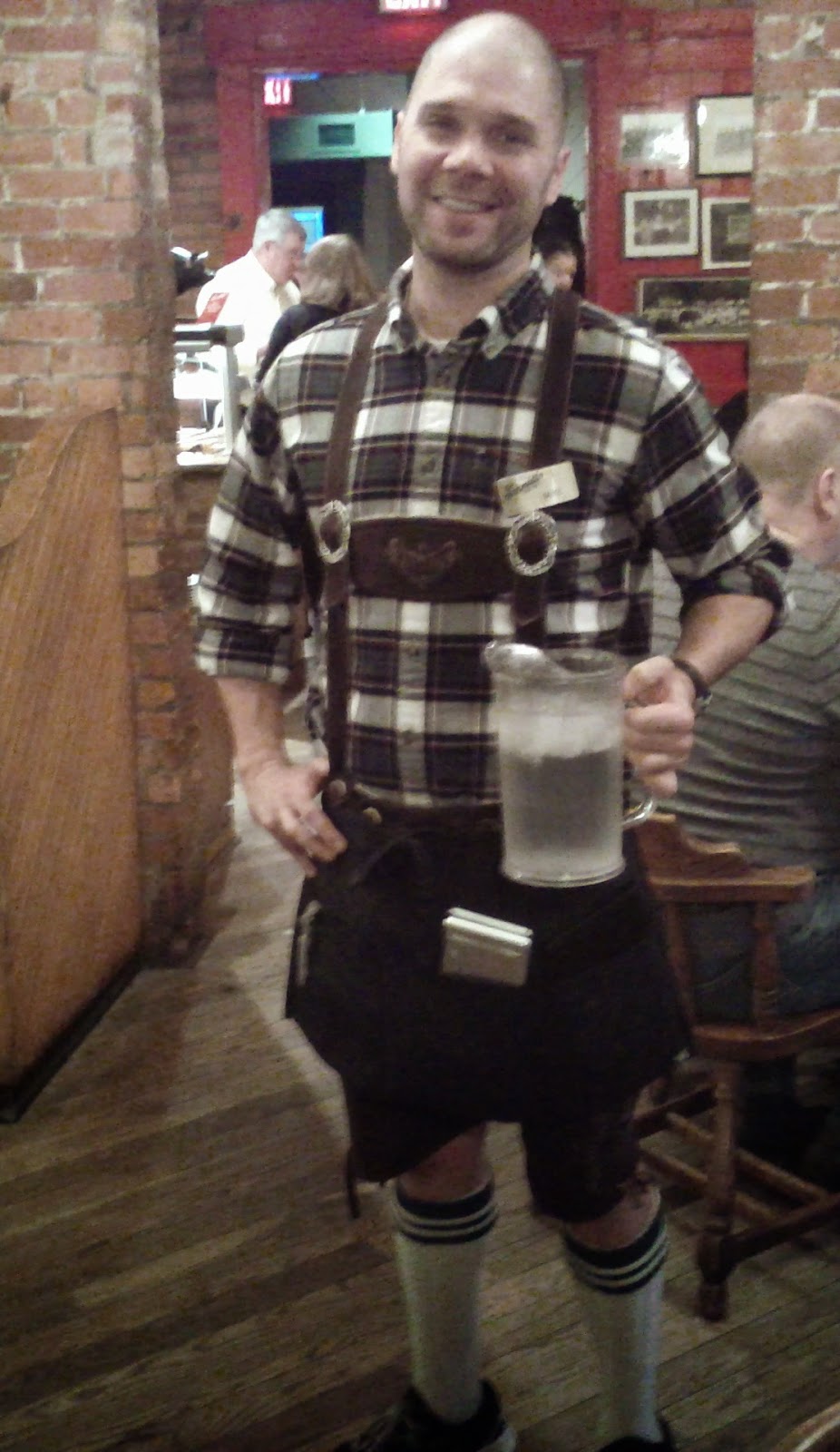 10. Traditional Mexican food at ... any place in Mexico

A few steps away from the hotel, we went to this place at least once a day during our two weeks in Mexico City.  Just cheese, beans and chicken, but prepared in a way you can only get in Mexico. 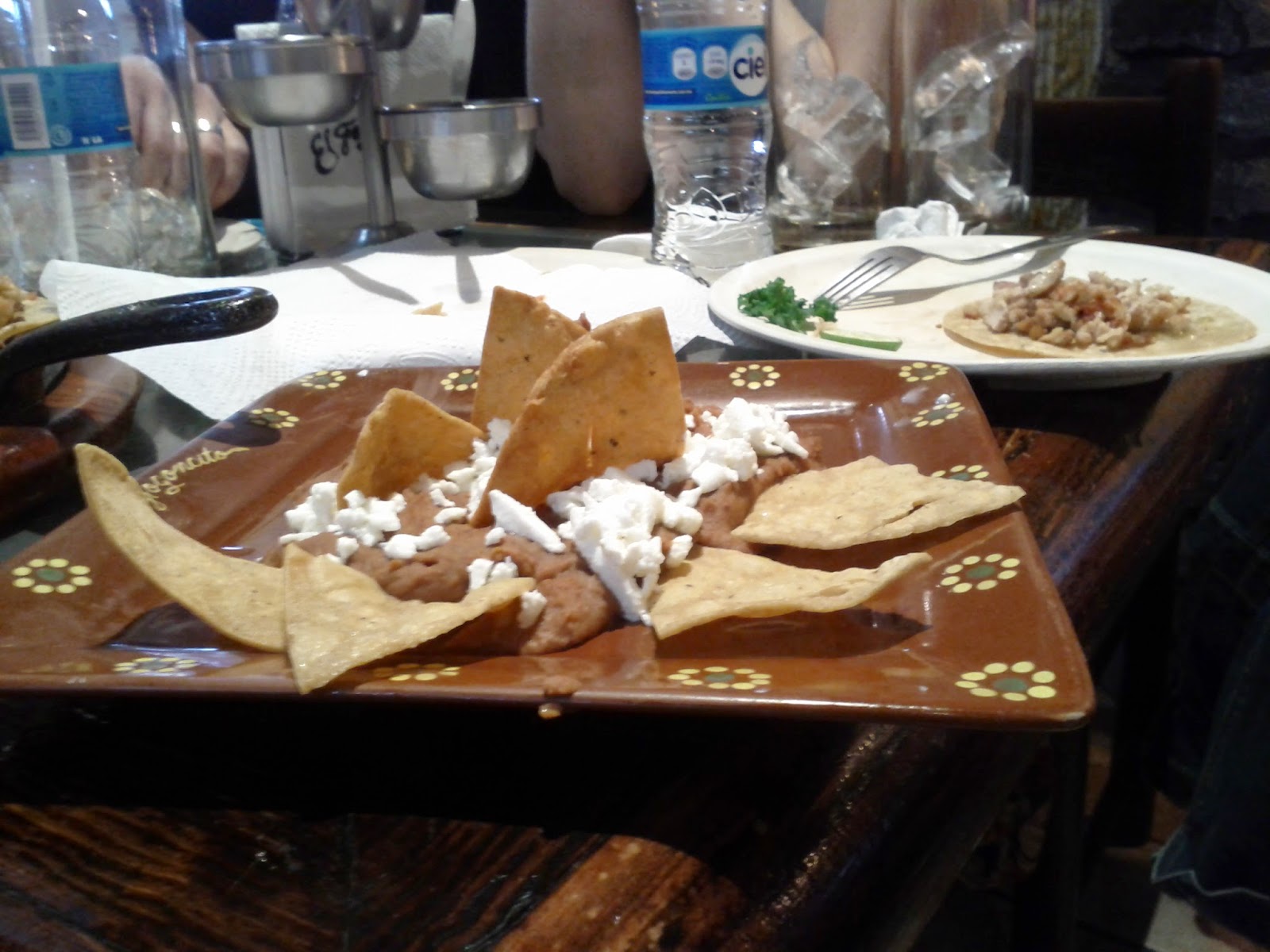 They make the corn tortillas right in front of you.  No Tex Mex place or grocery store sells anything that remotely compares.  This is the real thing, and you can only find it on the streets of Mexico.  This particular stall was fortunately right next to the Auditorio Nacional, where my show had a residency for two weeks.  Needless to say, I put their kids through college. 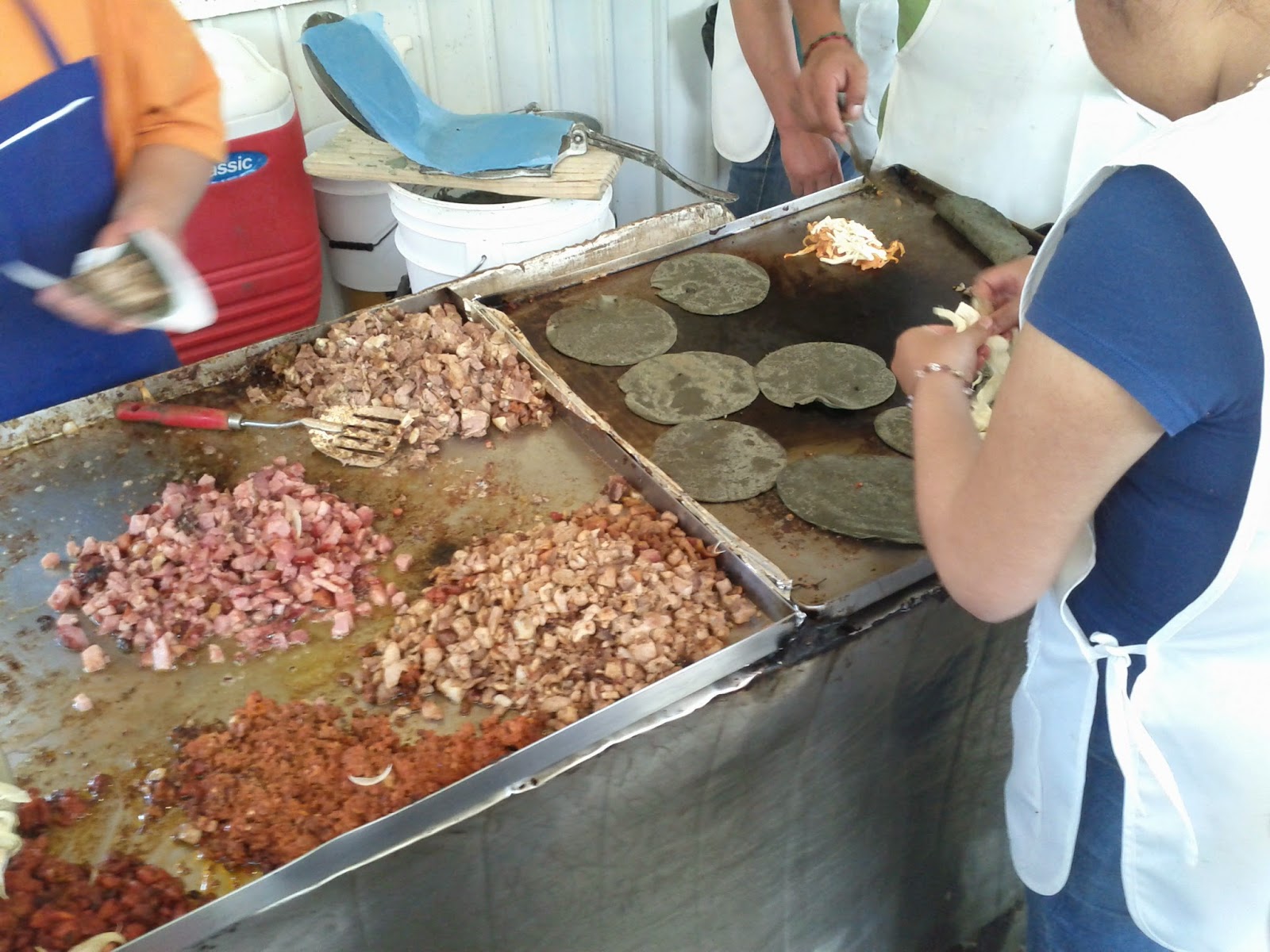 The meat on the left was the equivalent to a year being taken off your life.  But it's that year at the end when nobody comes to visit you, anyway.

Literally a hole in the wall.  There were two tables.  And they served this: 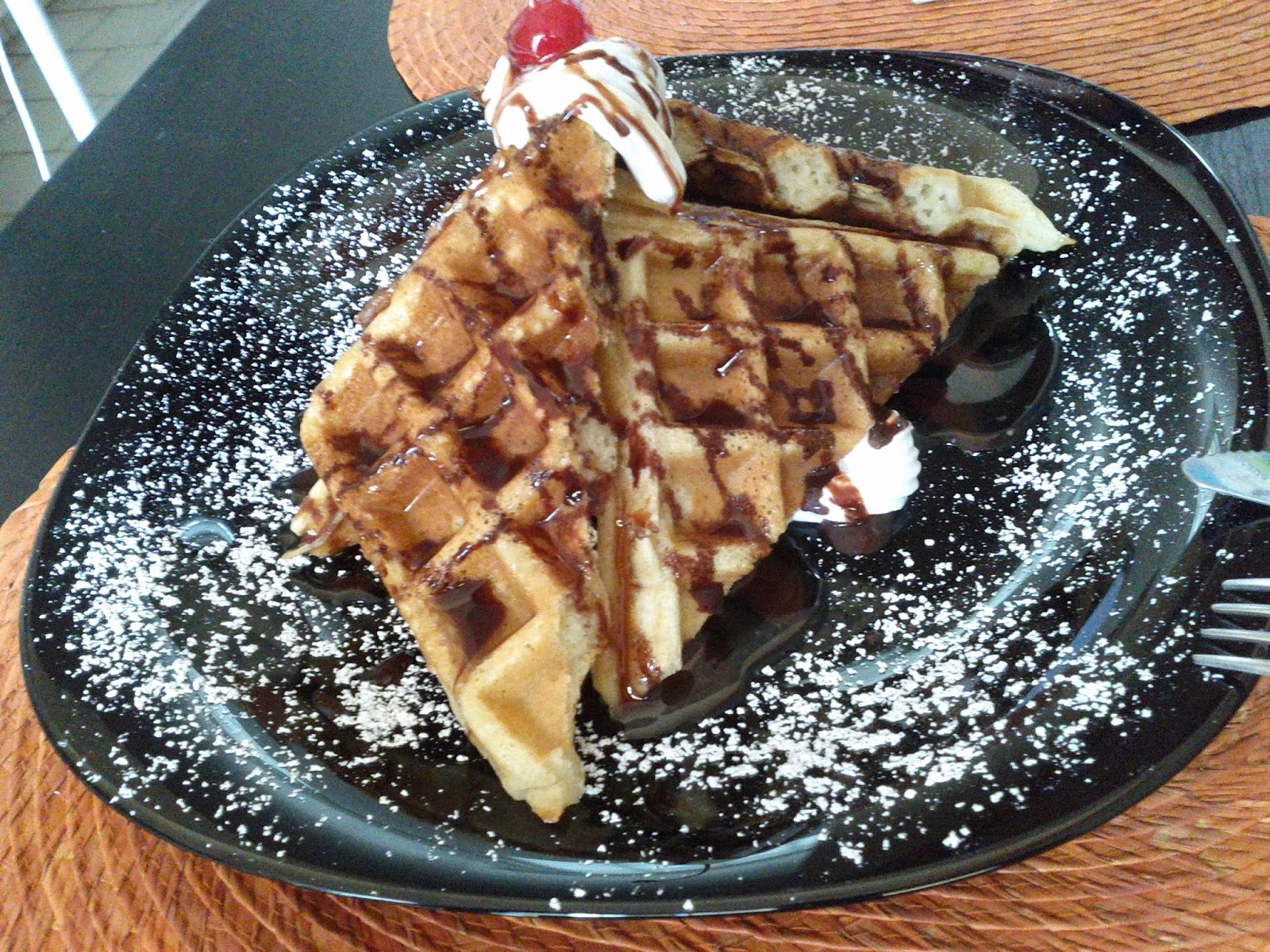 The one and only moment in Mexico where I wasn't thinking about tacos.


It easily rivaled the best waffles in Europe.

One of the few bus trips of the tour had us stopping at this mall in New Jersey.  In addition to the standard food court options, there was a stall that served crepes, only one of three locations of this small chain.  The house crepe was the best crepe I've eaten in my life - smoked salmon, egg, dill sauce and chives. 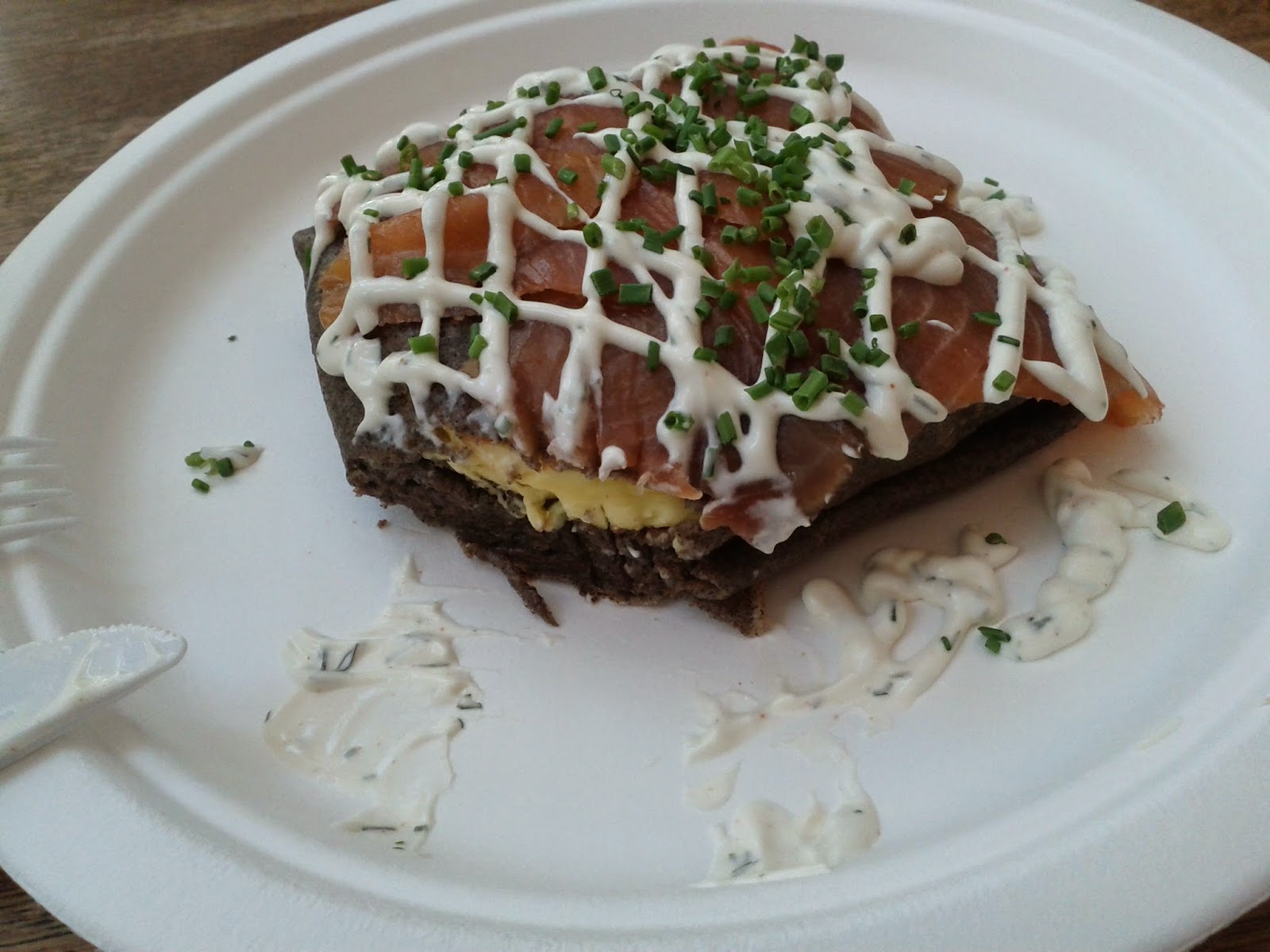 The only thing that would have made this better is a building permit to bring their business to Canada.  I'd even go to Buffalo for this.  Yes, Buffalo.

I wish I could remember what the dish was called or where it was, but it was in Georgetown near Embassy Row.  Par excellence. 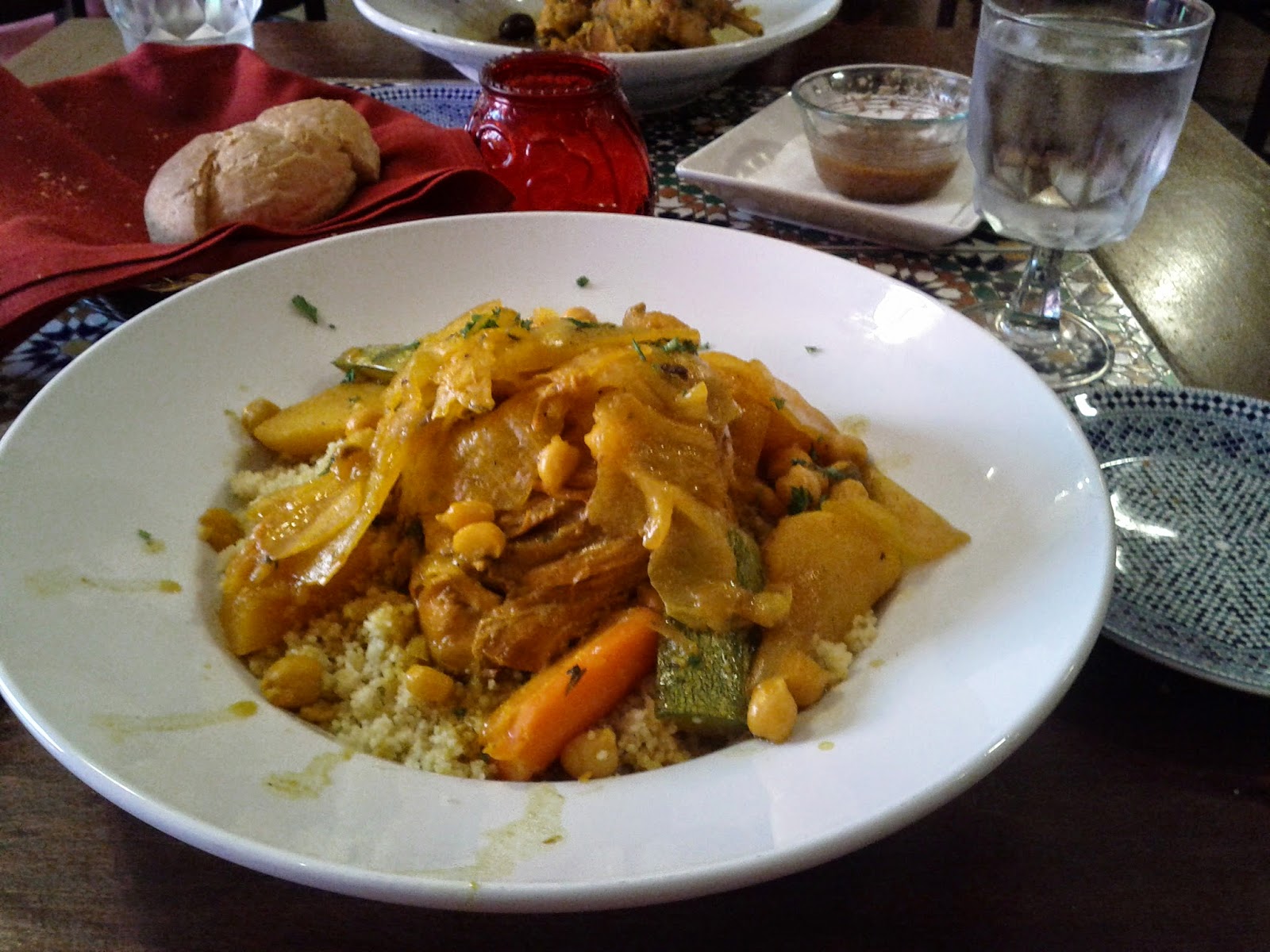 There are countless Japanese breakfast places in Vancouver, and just about any one of them will get you something that looks like this: 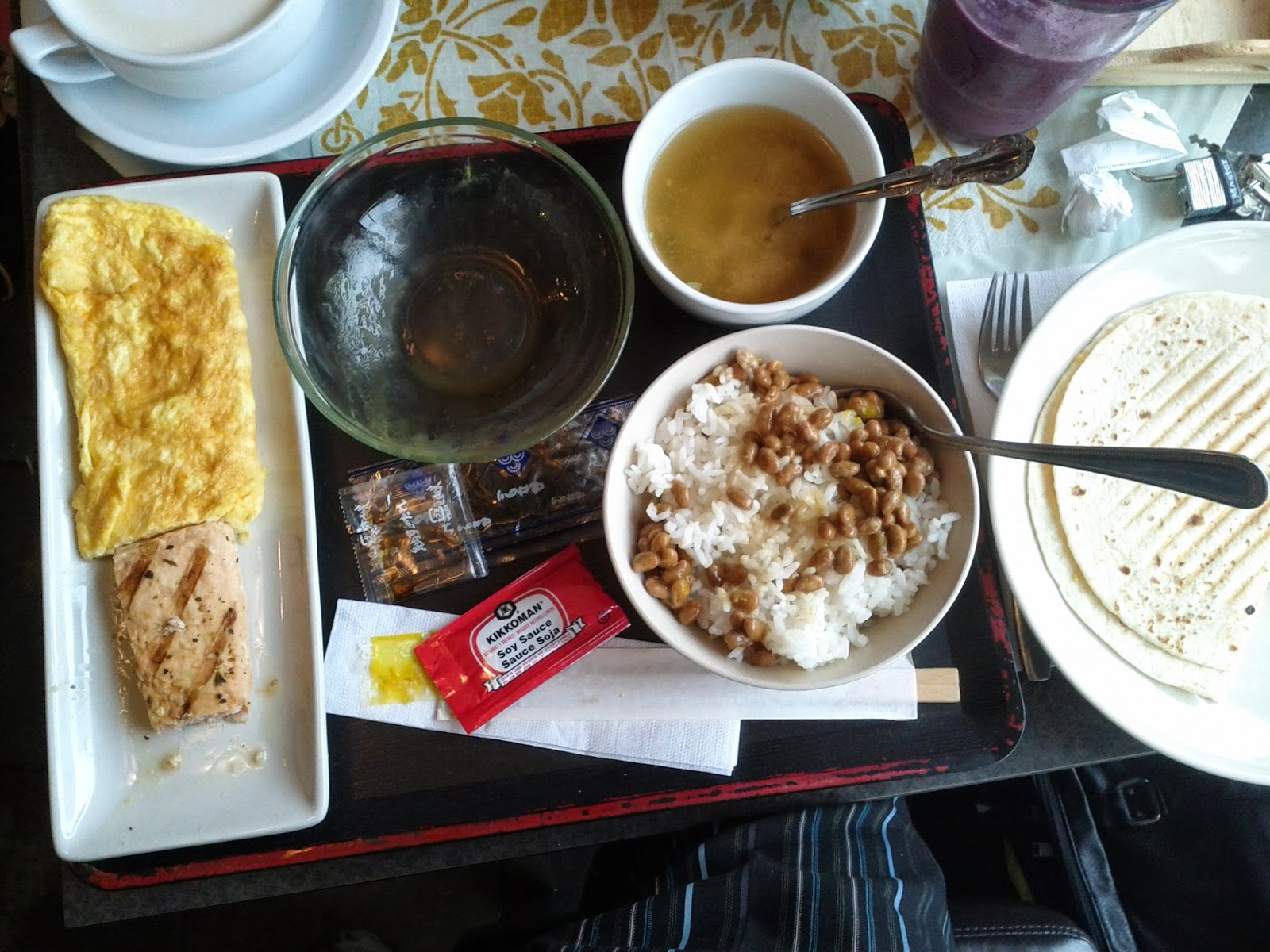 Based on a dish I found in Washington DC, I eventually concocted my own version that was even better.  It's boiled quinoa dressed in pesto sauce with spinach, sausage and sweet peppers.  The only major difference between the restaurant's version and mine was the portion size.  This is a hefty meal; ridiculously easy to make and ridiculously delicious.  And pretty healthy. 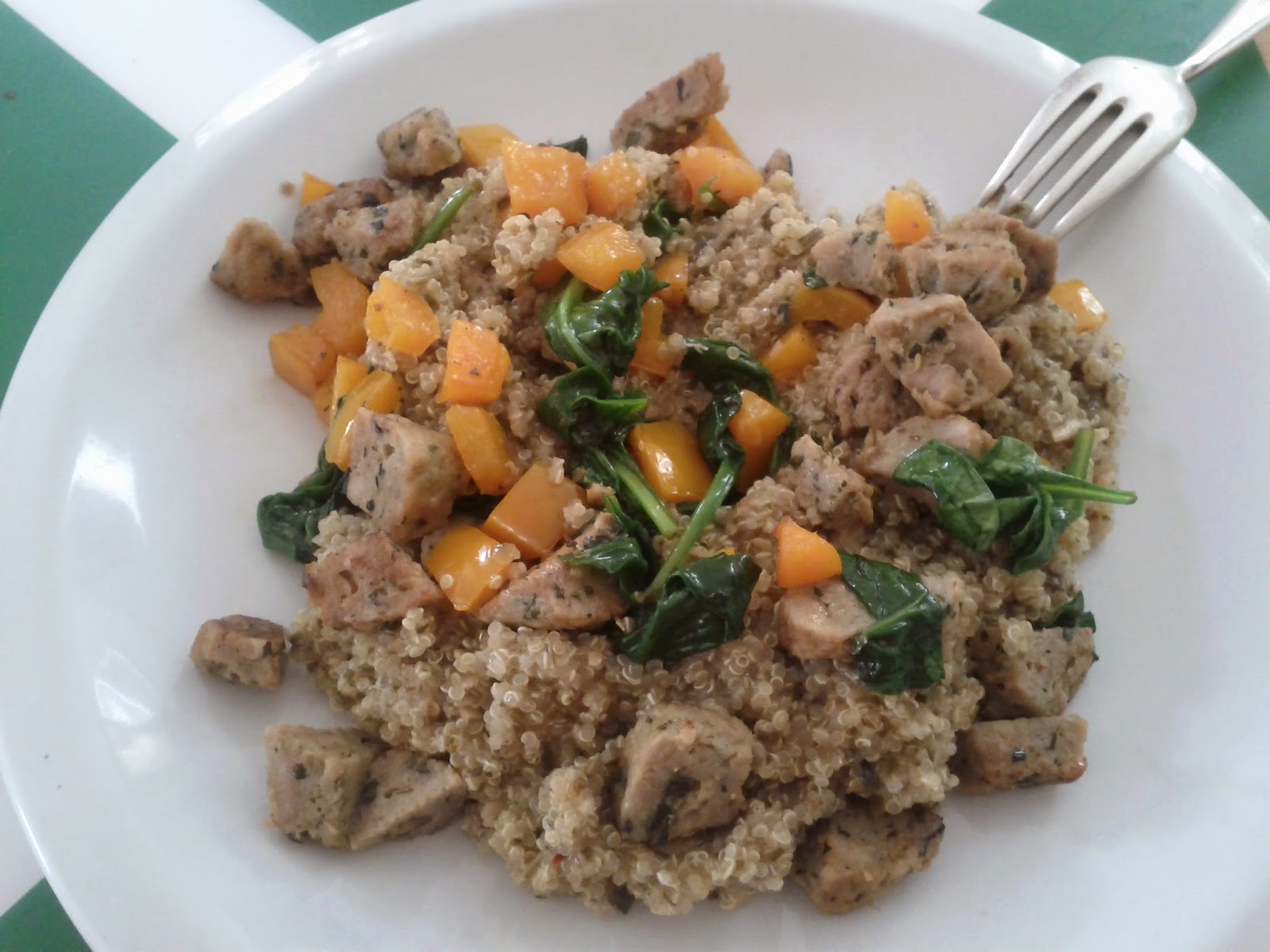 Proof that anything can be concocted in a hotel room.

This place is a national treasure, and it's easy to see why. You get far more than a hamburger here. I'd actually recommend them for their salads before the burgers. Exquisite. 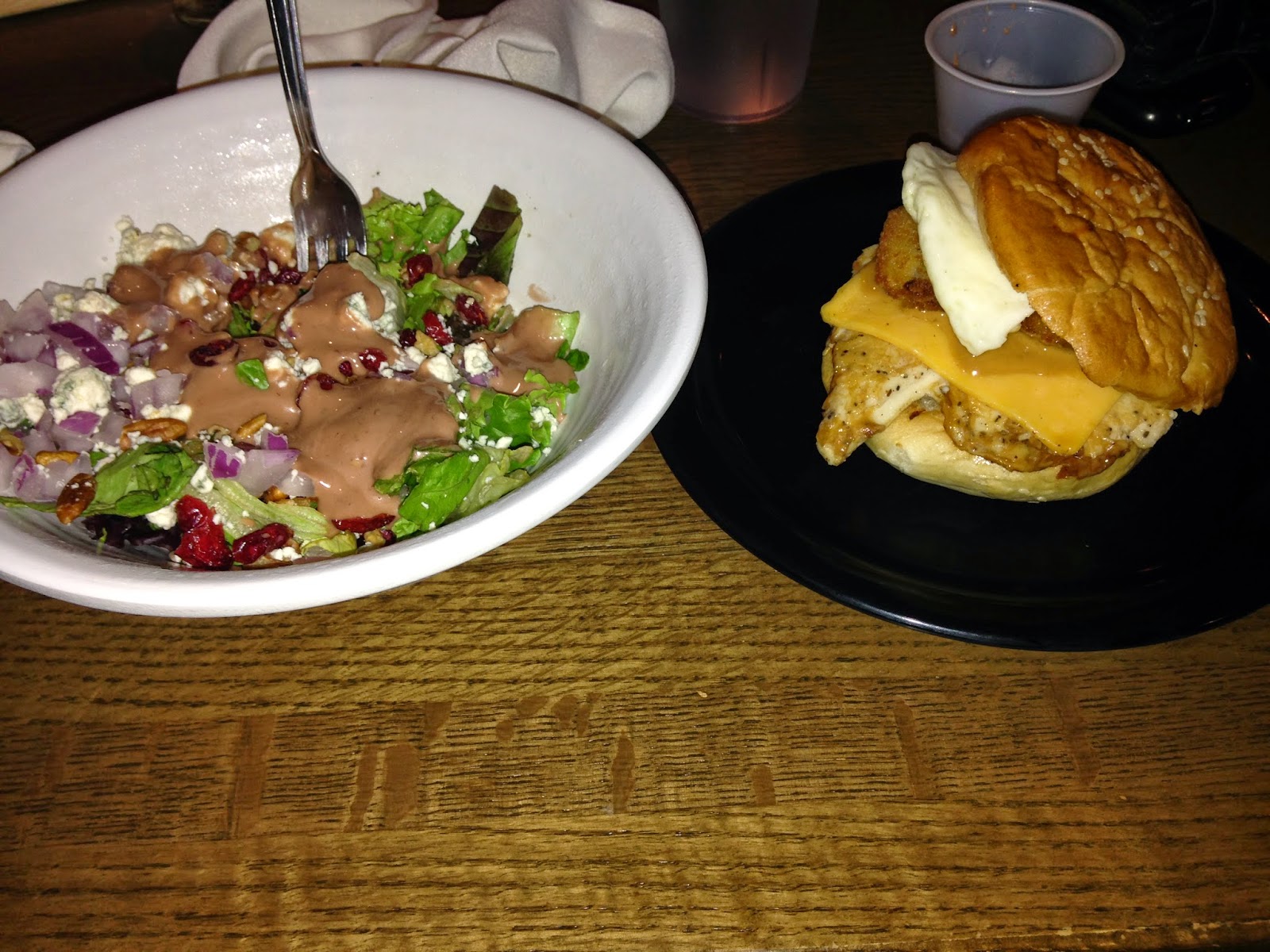 There's a street market in the Silver Lake area that has a slew of interesting ethnic foods, and this was a combination of Salvadorian foods. Papusas are kind of like pancakes, but with a lot more depth. It came with a few trimmings that I'd never heard of, but it sure was a culturing experience. 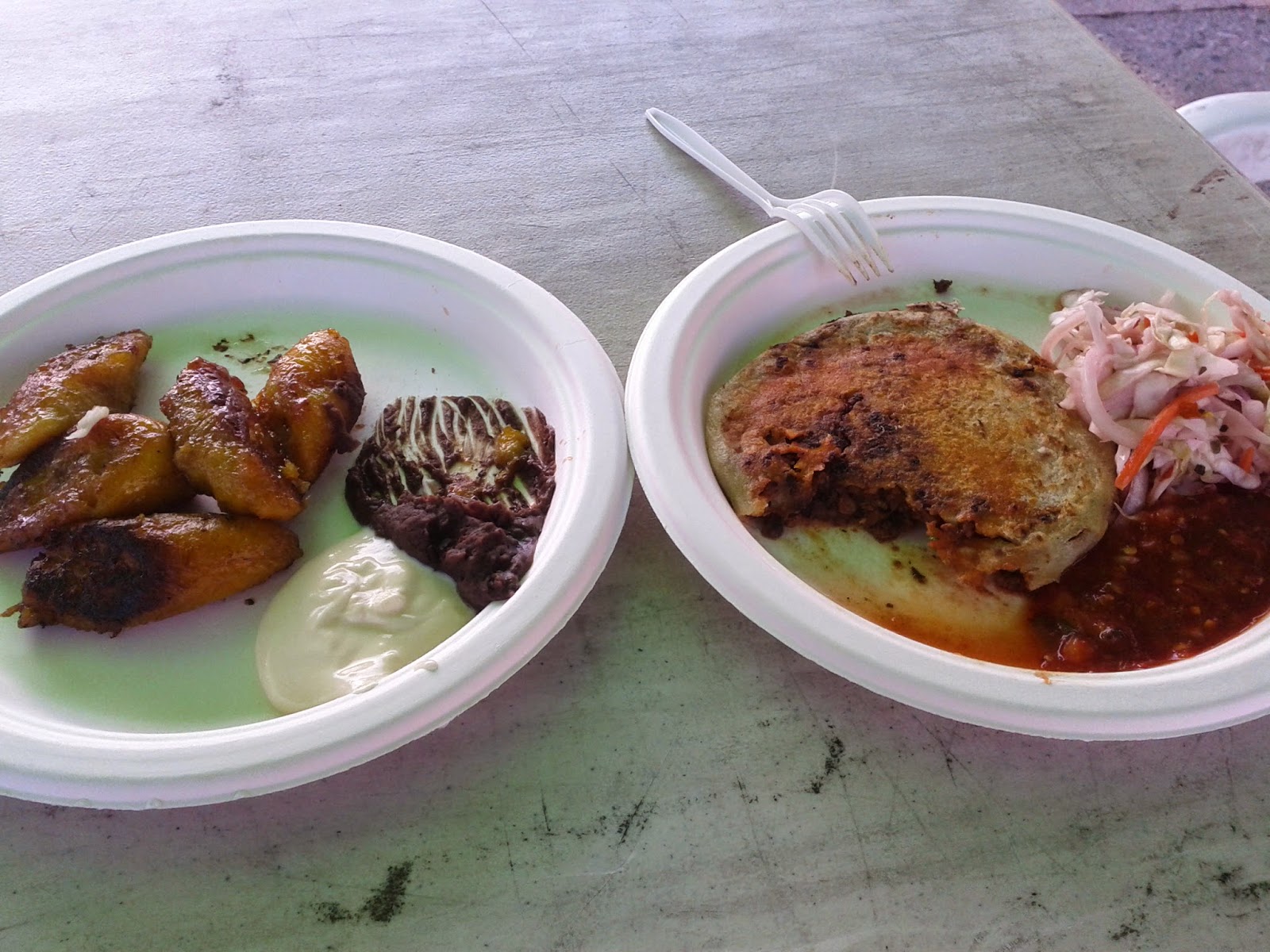 The Grand Central Market in LA has so many amazing stalls that it was hard to pick one thing.  Until I ate at Berlin Currywurst, which dwarfs them all.  I've had nothing like it in my life - it's a base of hash browns, sausage, and sauerkraut with a fried egg and curry sauce on top.  Without the slightest hesitation I can say this is the single best meal I ate on tour.  All four times I had it. 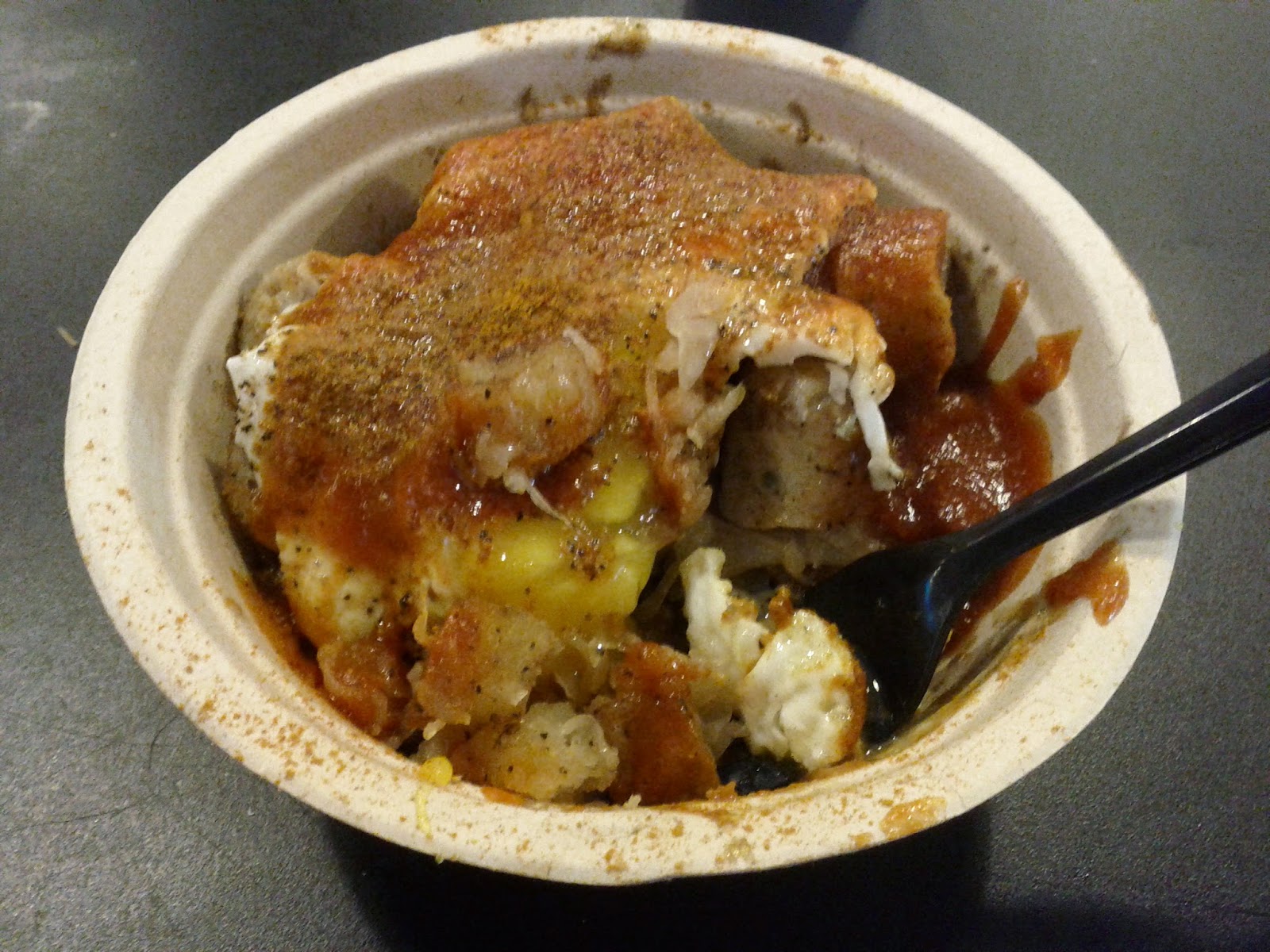 
Baltimore - salmon.  East coast seafood has its reputation for a good reason.  $30 for a piece of fish and couscous, but you get what you pay for, which includes the location - prime real estate on the waterfront. Philadelphia - coconut tofu.  Hip City Veg is one of the best vegetarian restaurants in existence.

Mazunte, Mexico - enfrigoladas.  This rice dish tends to have a bean base (hence "frijol"), but some places go the extra mile and include eggs, meat and vegetables galore.

Detroit - French toast.  The best French toast of my life was consumed at the Hudson Cafe.  We waited an hour for a table, but it was well worth it.

Toronto - pad Thai.  The Evergreen was home to the best pad Thai I've ever had (although I've never been to Thailand).  The place actually shut down while I was in Toronto for a two week tour stop.  I went there with one band member on a Wednesday and wanted to take another band member on the Saturday, and by then newspaper was covering the walls, appended by a sign saying there was a sushi restaurant coming soon.  Just what Toronto needs - more sushi.