Rick Wakeman once referred to his good friend Jon Anderson as "the only guy I know trying to save this planet while living on another one." 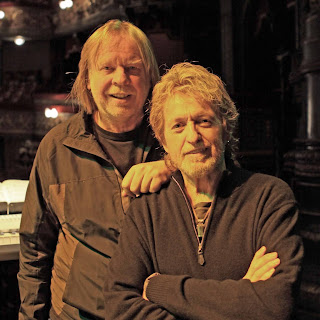 The progressive rock band Yes has always had a rotating cast of characters. Wakeman doesn't play on this album, but he's the first to say Yes has always had great musicians in it. Whether or not he was just being diplomatic, he was right.

By the late nineties Anderson's iconic countertenor was full-on into new age philosophy, and amidst this collection of tracks it is inexplicably infectious, making for the most uplifting Yes album since 90125 (and to date). 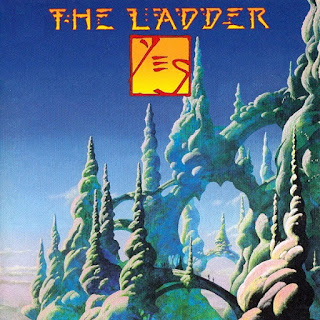 Roger Dean's artwork is once again sported on the front cover, although they had a new logo for this one.

The Ladder had four of the members from the lauded "classic" lineup—Anderson, guitarist Steve Howe, bassist Chris Squire, and drummer Alan White, augmented by multi-instrumentalist Billy Sherwood and keyboardist Igor Khoroshev (who was well appraised of the shoes he was filling). 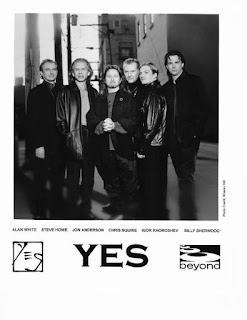 Their creative peak was pretty well inarguably in the 1970s, and an unexpected second lease on life led to their commercial peak in the mid '80s. By the late '90s they were in a bit of a creative rut and joined forces with Canadian producer Bruce Fairbairn. Finding yourself aligned with the right set of ears at the right time to coach you through the process can make all the difference. By this time it was clear to anyone watching carefully enough that Canada had spawned more successful record producers per capita than any other nation on earth (Jack Richardson, Bob Ezrin, Daniel Lanois, Bob Rock, and David Foster for starters) so the odds were in Yes' favour that something great could happen.

This is the one latter day Yes album where their '70s compositional prowess blends with their '80s pop sensibility. The arrangements are thoughtful, the melody always comes first, and rarely are two choruses identical. And in an era where the idea of album sequencing was now mostly in the rearview mirror, it flows beautifully and cohesively from track to track. They even brought in a sideman, Randy Raine-Reusch, who played a whole score of ethnic instruments, bringing a welcome freshness to their sound which hadn't been fully realized for quite some time.

Yes is a vocally driven band, but usually not in the traditional sense. Anderson's vocal best functions as a fifth instrument and is not necessarily front and centre. His words are often merely an extension of the music, not the other way around. Even if you don't believe a single word he says on The Ladder, he offers it genuinely and gracefully, with authenticity and joy. You just can't help but want to be on whatever planet he's on.

And it's not just Anderson on the spiritual bent here—Fairbairn nicknamed Howe "Swami" for his role in the process. I'm often a cynic, increasingly hardened by the world, and this album makes me believe magic exists. When these two guys are fully congruent with one another they create magic every time. 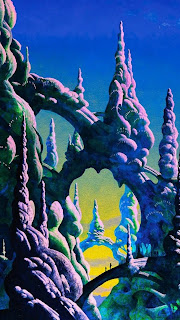 Prog fans hailed the eponymous 10-minute opening track as a return to form, but just as much depth is found in the shorter tracks that follow.

"It Will Be A Good Day" sees many baroque-inspired key changes, similar to "And You And I." Anderson and Squire's voices blend together as well as ever, like Lennon and McCartney on "If I Fell."

The genre bending and upbeat "Lightning Strikes" is Yes' boldest move since they teamed up with the guys who wrote "Video Killed The Radio Star." The horn section is well-utilized, and the time signature changes galore never feel shoehorned or laboured, similar to what Rush achieved on "Limelight."

"Can I" is self parody at its finest, with the counterpoint and lyrics evoking "We Have Heaven" from Fragile. On first glance it's derivative, but Anderson takes it a step further, inventing a language long before Sigur Ros. I have such a soft spot for choral music—the same reason I love the title track off Drones by Muse.

On "Face To Face" Squire makes something as rudimentary as a descending major scale sound like you're hearing it for the first time. The Aretha-like backing vocals are not unlike "Houses Of The Holy" (the song, not the album). 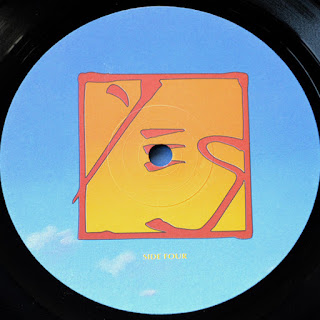 Word painting is a musical technique that goes back to Handel, at least—"Ev'ry Valley" from the Messiah first comes to mind. At the end of Anderson's love song "If Only You Knew," on "when I was falling" the textural bit of steel guitar Howe adds literally sounds like something falling. Masterful.

"To Be Alive" is pop perfection. Once again the congruency of Anderson and Squire's voices are on full display in the second verse. Howe's only contribution is a bit of lap steel, and it's sublime—so exceptionally suited to the song that he plays it again like McCartney's solo on "Maybe I'm Amazed." Every note Howe plays on this album is purposeful, crafted with care. His parts are mostly ornamental, and this is not to their detriment. It is an hour-long clinic on how to play for the song, decorating only the spots that need it. This is what musical maturity sounds like.

Many of the songs have outros that are completely unrelated to the rest of it, as Fairbairn felt the ideas were too good to leave on the cutting room floor. And somehow it all works. The bit tagged onto the end of "Finally" has a Tales From Topographic Oceans feel to it. The intro unexpectedly recapitulating later in the song is marvellous as well. 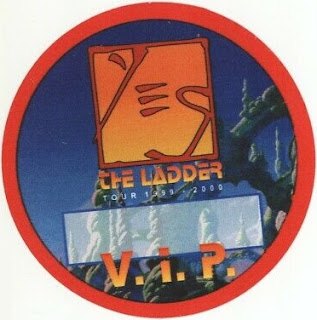 The sudden entry of backing vocals in "The Messenger" is one of the most powerful moments in the entire Yes catalog. Even people who panned this album said they loved this track.

"New Language" is not dissimilar to "Close To The Edge" in that there's a lengthy instrumental intro that precedes the core of the song. The backing vocals in the pre-chorus evoke "Leave It" off 90125, and in the last chorus Squire's bass part moves up an octave. Tiny sprinkles like this are massively effective, as he manages to somehow elevate the track to an even higher place. It's classic Yes from here onward for the rest of the piece. 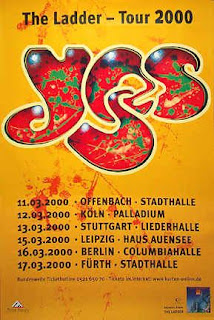 On "Nine Voices" Howe plays the same 12-string Portuguese guitar he'd played decades earlier on "I've Seen All Good People" and "Wonderous Stories." The "new language" lyrical theme is heard again, similar to "these days" showing up all over the album bearing that name by Bon Jovi (another underrated '90s album). It wouldn't surprise me if the overdubs totalled nine voices, because it wouldn't be Yes at their best if they didn't have that kind of attention to detail.

With this album a bunch of guys in their 50s shunned the idea of following timely trends, and in the post-grunge era they produced what should be hailed as a classic. It's an entirely different discussion why the business mechanisms that were needed to help achieve that didn't come to bat for them, but it's all moot now that you're reading this.

Give The Ladder a spin—you'll almost certainly be glad you did. It's one of the best rock albums this side of OK Computer.