Classic albums of the future?

Craig's blog is always a fine read.  He is a poet, passionate about the music he loves.  Just over ten years ago he started a company called Classic Albums Live, dedicated to recreating albums live on stage exactly as they were recorded, note for note.  Just find any YouTube video and see for yourself.  Or this one:


It's perfect.  And there's only one kind of perfect.


I've worked with Craig for a couple years now.  His gigs are almost exclusively in theatres, and the standard for perfection is very high.  'Note for note' is not to be taken lightly.  Having to play four instruments on a Led Zeppelin IV show taught me entirely new lessons on detail, preparation and mindfulness.  I work in an environment with people who cherish and treat this music with the utmost respect it rightfully deserves.

Reading his latest blog entry got me thinking about the last few decades of music.  There is no shortage of great music out there today, but I often wonder how much of the music recorded in the last 25 years will be listened to or reflected upon a century from now.  Radiohead's OK Computer is the first one that comes to mind, but not too many others.


Indeed, rock as an art form peaked between 1967-75, but there have definitely been plenty of classic albums made post-Joshua Tree.  Here are but a few:

^ not a single dud on any of these, and many of them have had a tremendous effect on the evolution of music and even popular culture.  But how much of this will actually matter after we're all safely in our graves?  Bach still matters, as does Vivaldi, Mozart, Haydn, Beethoven, Ravel, Debussy, Liszt, Rachmaninoff, Stravinsky, Miles Davis, Coltrane, Elvis, The Beatles, Zeppelin, Floyd, Queen, Sinatra, Streisand and Michael Jackson.  But what of the last 20 years is going to rank up there with this elite group of people who each weaved a piece of popular culture in their own image?


There are countless brilliant orchestral and minimalist composers contributing to the evolution of music in different ways, everything from John Williams to Philip Glass.  Frank Zappa's later work is brilliant - Jazz From Hell and The Yellow Shark still boggle minds decades later.  And there are guitarists like Tommy Emmanuel who blow all of the rock guys away.  Many of his albums are classic albums to me.  But not to everyone.  And with good reason - so much music is available.  Rarely do I meet two people with the same musical taste.  Could we have said the same 30 years ago?

The late 60s and early 70s were a special time for music, no doubt.  Money from record sales was pumped into artist development, and for all the right reasons.  The industry wanted quality art that sold well.  But by the time the digital and video age kicked in, something shifted.  The focus slowly gravitated from the music to the image.  Image was almost always a key component for the preceding couple decades, but it never superseded the music itself.  MTV changed all that.  And not necessarily all for the worse.  Thriller happened, after all.

Most mainstream music today is disposable product designed to sell quickly until the next one arrives, just like most other products available on store shelves.  But it is a dying breed.  It still makes headlines, but the records aren't selling like they used to, for a myriad of reasons.  Another piece of encouragement - the Coachella festival exists.  It's the biggest annual music festival in the US, and very few of the artists who perform there would be described as mainstream. 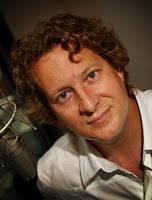 
The distribution of music is changing.  Thanks to the internet, a record company is no longer the only way your art can be heard by more than 12 people who live on your street.  A growing number of artists see the downloading of their music as a form of promotion.  Knowing they exist means you might come to the gig and buy the t-shirt, and that's where they actually make money.

Today's popular music consists of so many genres - rock, pop, bluegrass, whatever you call the Arcade Fire's vast array of influences and creations, r&b, soul and hip-hop, to name a few.  Most of today's kids know everything.  In the 70s you were either a Kiss fan or you listened to folk music.  I guess my preference for for Carole King would've landed me in the latter group.  In the 90s I was an outcast at school because I liked 70s rock and thought Mozart was cool.  It was all so one-dimensional.  But most of today's kids are diverse.  They don't care what genre of music they enjoy or how old it is.  They enjoy it all.  The classic album is being replaced with diversity.


Rock may be dead, and the classic album may be dead too, but music sure isn't.  It has more than a pulse - it is beating through the pulmonary arteries of the fans of millions of bands of all shapes and sizes.  No single genre of music is particularly alive right now.  Music is alive and well, and that's all that matters.

Your recent display of fat jokes towards Adele on national television has left me with a burning desire to reach out to you.  Your classy and timely display of empathy and connection to today's social realities has restored my belief in humanity.

In a world where we need more bullying, it's important that we publicly condemn those whose BMI indexes are slightly higher than ours.  When bullied overweight people take their own lives, it isn't the bullies' fault; it's the victim's fault for not having thick enough skin.  It's dog eat dog out there, and everyone's hungry - hungry for cutting edge commentary like yours.

Thank goodness we have been raised by popular culture to look up to washed up 79-year-olds who chain themselves to grocery carts for advice on how to treat one another.  Sticks and stones may break my bones, but word wounds are intangible and heal quickly.

I considered resorting to a cosmetic surgery reference, but it would be unfair to ostracize those with extreme and innate fear of aging who restructure their faces to the point of sharing resemblances with R2D2 instead of donating that money to, say, a cause related to bullying.

So thank you Joan for your continued and inspiring relevance.  Shame on the news media for not covering you more often.  Awaiting with baited breath the next installment of your adventures.

A lifelong fan
Posted by Bob at 16:16 No comments: 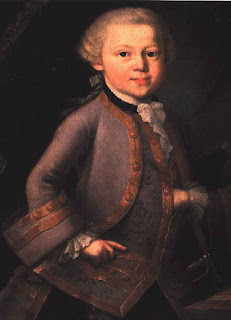 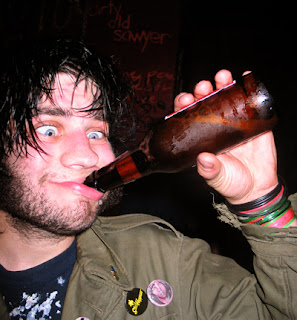 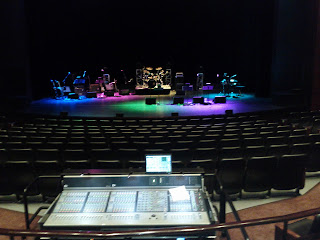