Last night I saw The Musical Box - truly one of the best shows I've ever seen.
Maybe it's not the greatest idea begin a review with an editorial, but this is one those shows that was so obviously good that no time should be wasted in building up to a punch line. To those not in the know, The Musical Box are not just a tribute band, but the standard for what a tribute band can and should be. They perform the music of Genesis, but not the "Invisible Touch" Genesis most of us know. It's the Genesis fronted by Peter Gabriel in the early to mid 1970s, when they created progressive rock music that told stories, kind of like Mark Twain in musical form. 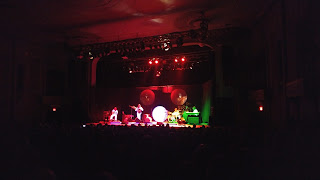 The music isn't just rock songs. It is densely layered and intricately arranged. It is intense. It creates moods anywhere between 1 and 23 minutes long.

This particular show I saw aimed to replicate the Genesis tour of 1974. The set before the encores was 9 songs and over two hours long. Sounds like a pretty niche thing, you say? Well, it is. Most things are these days. 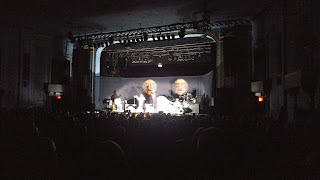 When Genesis performed live at this time, not only was it a musical performance, but Peter Gabriel donned outfits and masks of the various characters portrayed in the songs. This tribute band replicates the Genesis shows to perfection, both musically and visually, to the point that the Genesis band members gave them their blessing in the form of their multi-track master tapes to work with so that they could improve the show.

Gabriel once took his son to see them and said, "that's what daddy used to do."

Is there any higher praise?

If you had dementia and didn't know what year it was, you were seeing Genesis. There are a lot of good tribute bands out there doing all the great artists, but no other act gets this close. 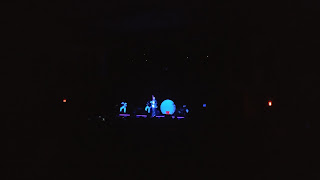 This is art in its purest form. It's rock, it's classical, and it's theatre. I walked away from this show realizing that this is the classical music of our time. People may have been stoned in 1974 at Maple Leaf Gardens, but last night at the Danforth Music Hall they were sober, and absorbing every word and visual delight they could. 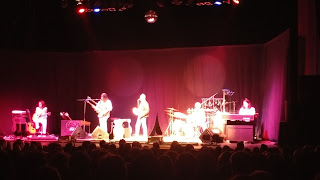 It kind of makes me want to create a counterpart for Queen's shows in 1976-77. They were a pretty majestic entity at that time, with a similar balance of music and visuals. Similarly niche, and therefore possible. Food for thought. 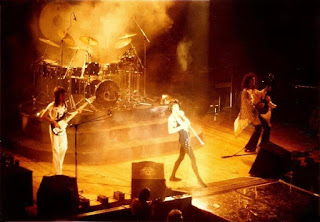 Believe it or not, they actually existed before We Are The Champions.

If you have even remotely good taste in music, then The Musical Box is a show you absolutely must see. It is one of the very finest productions the music industry has ever produced. They tour every year.